I had another amazing time of World Cup event last week. This time we were competing in France, at the spot called La Franque in Leucate. This place is famous for very strong winds, and that’s what welcomed us. 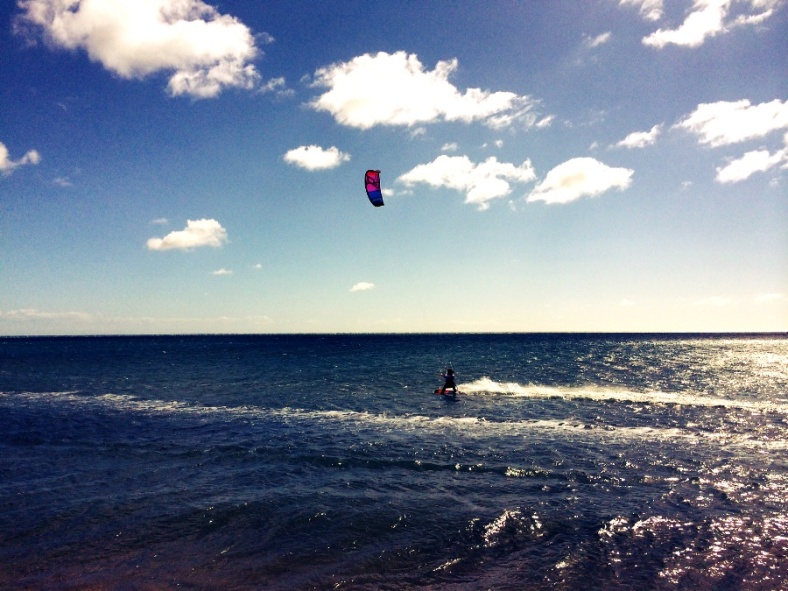 I had one session before the competition started on my 5m 50Fifty kite and I knew this is going to be harsh. Around 20 girls has registered so we we had Trials to do first. Our Polish Team consisted of Denis Żurik, Karolina Winkowska and me was ready to rock! 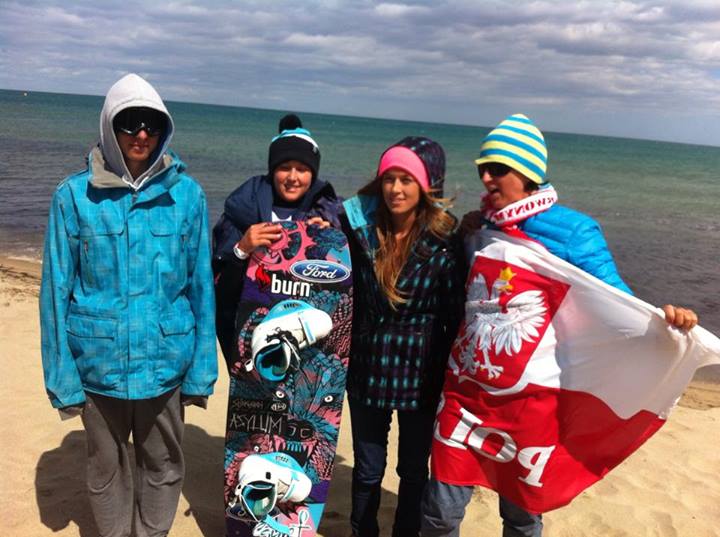 When Trials started, I was watching other riders and thought I have to do my best to pass, doesn’t matter what the wind is like. When my first heat started, I was on my 5m trying to land what I could, and I won the heat. The same with the second one, so I was happy I got in to the Main Event already:) I also felt more confinent, and got more used to the wind. It was strong and gusty, but only made the tricks more powerful, which was good. 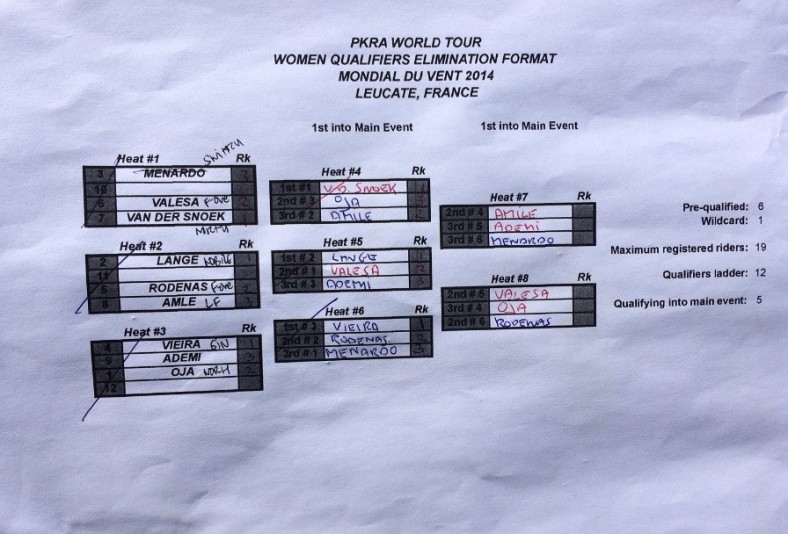 On the second day we’ve started the main competitions. Wind was crazy, but first round of men heats was encouraging, watching them riding with all power was only pushing me to give more of myself. 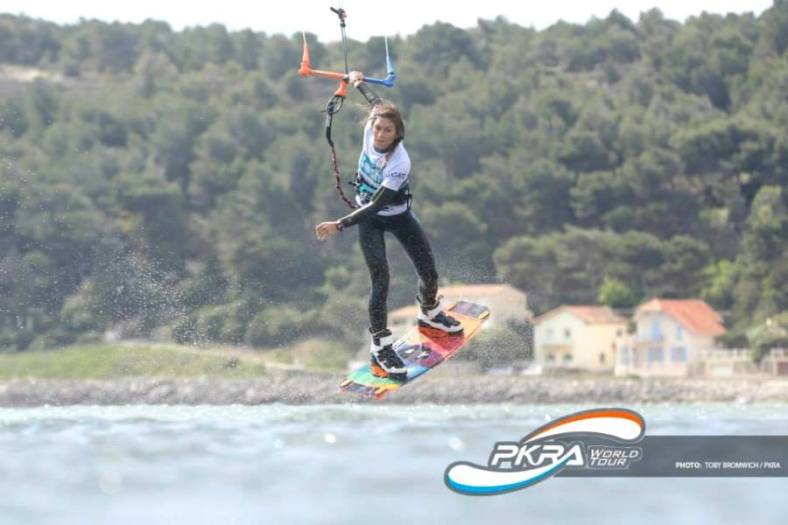 My heat was against Kristiin Oja, and I did well, landing most of attempts, and I won this one 🙂 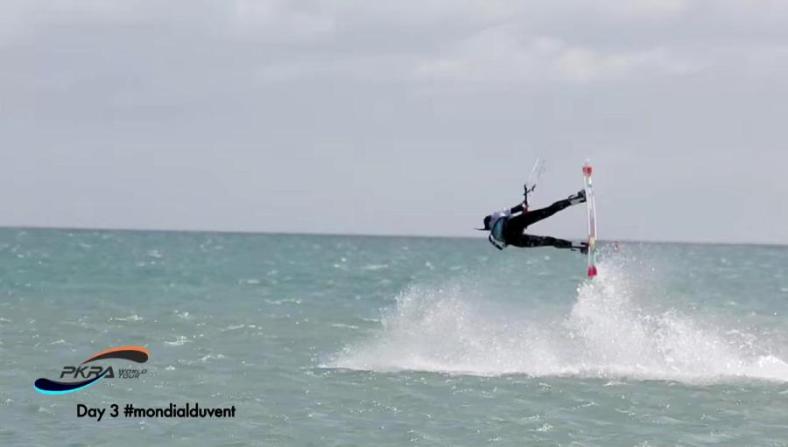 I went up the ladder to ride against Gisela Pulido. Thit heat was more stressful that I thought it may be. I was after few days of kiting, getting better every day, but during those 7 minutes I couldn’t put myself together, I hardly landed blind judge and few simplier tricks, I was stressed and didn’t gain half of the points from the heat before, lost hard. Anyway it was great to ride against Gisela and any time next it’s not going to be “the first time” anymore, and I’ll be more relaxed 🙂 For me Single Elimination finished at 5th place. Later the day the wind increased and after long hours on the beach in 35-45kts the final round of heats was postponed for tomorrow.

Later in double elimination I had a heat against Dioneia Veira from Brazil, I felt good, and prepared, and I started the heat well. But I didn’t manage to land last trick, 313, and Dioneia who rode really great, won it, and I dropped down to 9th place. 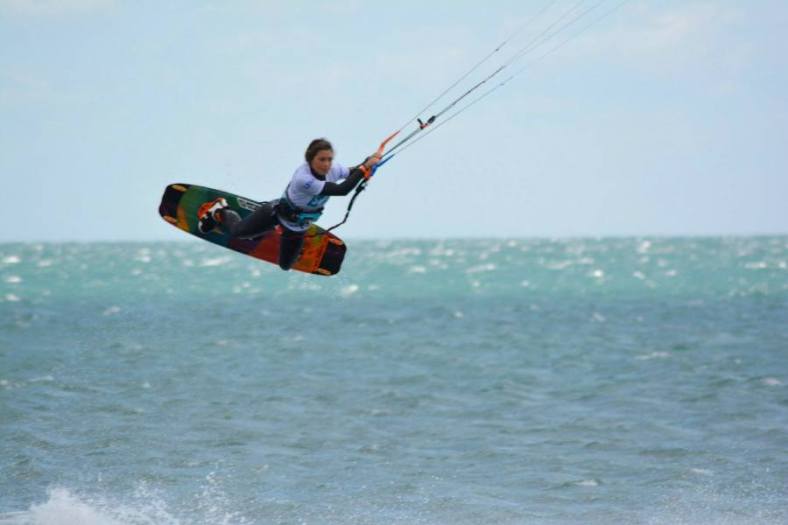 Last day was the Finals!! Great heats to watch all afternoon!! The crowd was applauding every sick move of riders, what built a nice atmosphere. The best turned out to be Karolina Winkowska and Christophe Tack – BIG CONGRATS !! That was important time for me, lots of strong wind riding, I missed that for a while 🙂

Thanks to Nobile Kiteboarding!!:)

See the GALLERY below, and the video from Leucate: